QUANTUM LEAP SD2 is over twice the size of the original Stormdrum, featuring over 12 Gigabytes of ALL NEW (except the included Metallica black drum kit from Ministry Of Rock) acoustic percussion instruments. The unique selection of drums and percussion included exceeds all other collections. As a sequel to STORMDRUM it sets new standards that will exceed the expectations of everyone who owns a QUANTUM LEAP product.

Also included are 100+ film score oriented MIDI PERFORMANCES, each with dozens of variations, intros and endings from bombastic to hypnotic. The PLAY software allows for millions of variations of each midi performance so you can create custom performances at any tempo without any loss of sound quality because the samples are not time-stretched, only the sequencer tempo is changed. Want to slow it down from 120 BPM to 50 BPM? Simply change the tempo of your sequence, the sounds will remain pristine. Want to change the tone to something more aggressive, or something more subtle? Simply change the dynamics and marvel as 24 velocity multi-sampled percussion creates a completely new sound. Want to tune, add effects or filters to specific drums? No problem. Want to mute specific sounds and play in your own parts? No problem. Sound replacement? No problem. Like the sound of a performance, but don’t like the rhythm? Simply use the current multi to create your own rhythms.

Drawing from the secret collections of three percussionists, QUANTUM LEAP SD2 – THE NEXT GENERATION features some of the most amazing, and unique multi-sampled percussion imaginable, all recorded with vintage Neumann microphones in the famous EASTWEST STUDIO 1 (formally United-Western) for that unmistakable Hollywood sound-stage vibe and a sound far beyond any other commercial percussion collection.

QUANTUM LEAP Stormdrum 2 – THE NEXT GENERATION takes the concept to a whole new level. Studio 1 at the new EASTWEST STUDIOS (formally United-Western) is one of the best sounding percussion recording studios anywhere. It is very similar to the top Hollywood sound-stages, but with a more refined sound. The studio has one of the best mic collections in the world, and rare vintage recording equipment that is sonically superior to any I have used previously. Digital transfers were done through very expensive Meitner converters.

I got access to some fantastic percussion collections and purchased everything I could. I even contacted Remo and had them build me the largest floor tom ever built (42″x42″ +legs)! As a teenager, I remember seeing Mickey Hart playing some gigantic Remo rack toms with the Grateful Dead. That sound always stuck with me. SD1 had a cool patch called “Thunder Ensemble”. This was six musicians hitting large drums in unison in a warehouse. SD2 has the “Earthquake Ensemble”, which is eleven musicians hitting huge, large and sometimes smaller drums in unison in EASTWEST studio 1.

There are many gems in SD2 and lots of subtle beautiful sounds as well. I collected many small Tibetan bells over the years and you’ll find these together in one beautiful patch. Troels Follman contributed his hang-drum samples which are very unique. Other unique instruments are the Whale Drum, Giant Tongue Drum and Octaplus 9 action toms. The sound design percussion is pretty special too, as is the Glitched Electronic Percussion. There is plenty of very detailed conventional percussion included also.

Generally there is a lot of velocity switching going on and some round robin (alternate) sample switching. The sounds are usually organized with the middle of the drum hits on the lowest keys, and as you move up the keys, the hits move to the outside of the drum. Use CC11 volume and CC12 pan inside your sequencer, because they work per midi channel, unlike CC7 and CC10 which control the entire instance of PLAY’s volume and pan. The mod-wheel controls a fantastic filter which can give the sounds more life and sound design options.

The MIDI PERFORMANCES included in QUANTUM LEAP SD2 – THE NEXT GENERATION are in type 0 midi file format. This means that 16 tracks of midi data is compressed into a single midi file data stream. You can playback the data as is, or expand it onto 16 tracks using the expand/unpack function in your sequencer. Set up a template that allocates 16 tracks to PLAY, midi channel 1-16. Once expanded, you have access to every parameter of the sequence, as if you had created it yourself. Tempo, muting instruments, adding instruments and parts, changing the tone using velocity and controllers, quantizing etc… are all possible. If you are not experienced with creating MIDI percussion performances, they might be educational too. The .ewi multi files that contain the 16 sound patches for each midi performance are also useful as templates to create your own MIDI performances.

You may want to add some reverb on top of the natural sound-stage ambience, as is typically done in film-scores. PLAY’s convolution reverb is perfect for this. The delay is useful also. Use the stereo width control to widen the sound-stage, and channel sourcing to get a mono signal for exact placement in the stereo field. You’ll find that the left and right channels often sound quite different, which is useful.

QUANTUM LEAP SD2 is a new and improved concept that is destined to become the new standard for years to come. 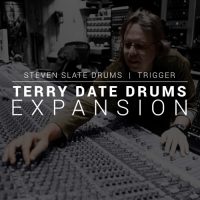