Software is not returnable
UVI
Browse

Originally invented in the 1940’s, rotary speaker cabinets imaginatively  employ the Doppler effect by firing a woofer into a rotating drum and a tweeter into a rotating horn. The results are much more harmonic than typical tremolo or vibrato effects, producing sounds ranging from rich and shimmering to gentle, dreamy and swirling. These novel speakers were quickly adopted by jazz organists, cemented by blues and rock legends such as Buddy Guy, Jimi Hendrix, Robin Trower, Pink Floyd and The Beatles, and later the effect simulated by guitar pedal manufacturers. 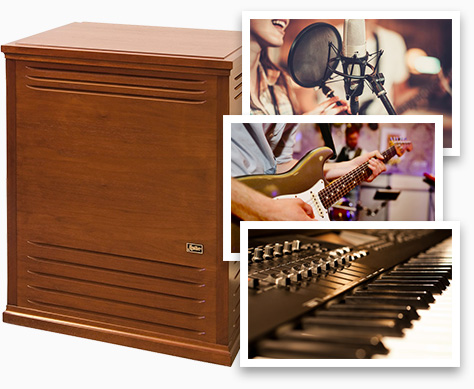 Taking its name and inspiration from these classic spinning speakers, Rotary represents the modern evolution of this classic design, delivering both a faithful reproduction of the original cabinets and providing a highly versatile and customizable musical tool for today’s artists and audio professionals. A simple and intuitive interface provides for a workflow that’s both fast and inspiring, while precise stereo mic placement and deep back panel controls allow for a huge range of tonal possibilities. Rotary can add another dimension to any sounds or instruments (even vocals), enhance harmonics and create a sensation of movement and depth.

Rotary allows for near-effortless placement and fine-tuning of microphone position via simple click-drag and macro controls. Asymmetry, automation, stereo field tweaks and easy A/B auditioning are all possible, allowing you to easily dial in the tone you’re after without the hassle and space requirements of a physical speaker and mics.

Independent and deep control over the horn and drum sections of the rotary cabinet provide an incredible sonic palette. Easily set their level on the front panel or jump over to the back panel to reconfigure Rotary’s inner-mechanism for subtle to extreme results.

Mix and Sculpt Your Sound

Easily mix and shape your sound with discrete filters for the horn and drum. Adjust horn radius, cabinet size and reflections until it blends in or stands out of your mix just the way you want. Change the horns directivity for an in-your-face rock sound or leave the default engaged for lush chorusing.

Adjust the acceleration and deceleration times of the horn and drum independently, a challenging feat on the real speakers, allowing the creation of hybrid modes capable of producing far-out Doppler shifts that would otherwise be unimaginable. 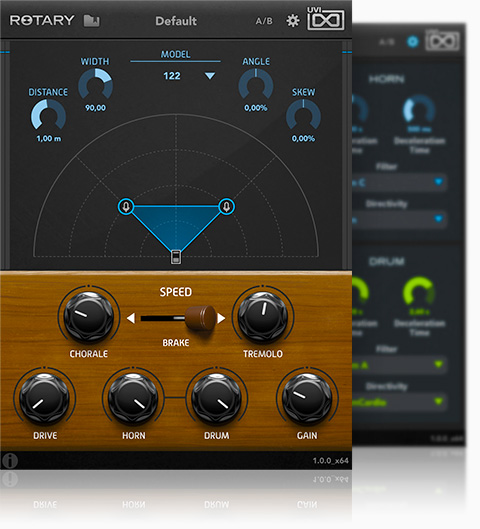 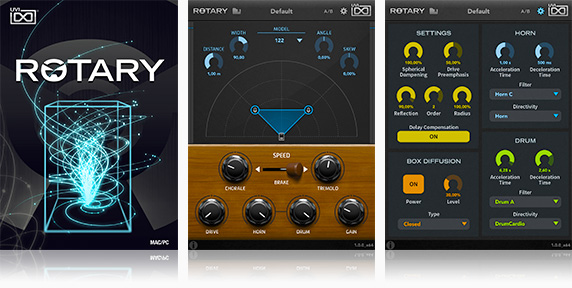 Rotary brings a vintage effect into the modern age with intuitive and deep controls, a fast workflow and a sophisticated engine. Explore it on a multitude of uses from keyboard and guitar setups to contemporary sounds, vocals and more, and see why Rotary is destined to become a future classic. 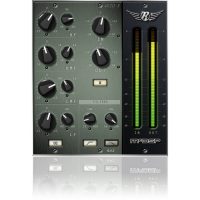 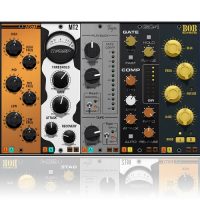